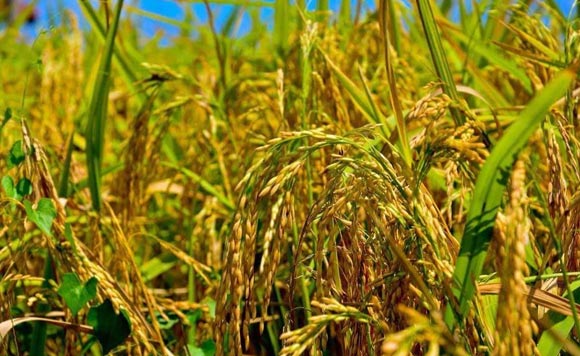 0 631
Share
Want more POLITIKO News? Get the latest newsfeed here. We publish dozens and dozens of politics-only news stories every hour. Click here to get to know more about your politiko - from trivial to crucial. it's our commitment to tell their stories. We follow your favorite POLITIKO like they are rockstars. If you are the politiko, always remember, your side is always our story. Read more. Find out more. Get the latest news here before it spreads on social media. Follow and bookmark this link. https://goo.gl/SvY8Kr

The said program is a joint undertaking of the Department of Agriculture and the City Government of Calapan.

“Under this program, 150 hectares of palay farms were planted to various hybrid seed varieties provided by the government together with other farm inputs to boost rice production,” said the city government.

“The results were encouraging in that the farms yielded an average of 7.5 metric tons of harvest in contrast to the previous average of 3 to 4 metric tons using ordinary seed varieties,” said the city government.

Agriculture has been one of the priorities of Panaligan administration. The City Government of Calapan banners its agriculture flagship program AKAP or Angat Kabuhayan sa Agrikuktura Program.

The program was spearheaded by the City Agricultural Services Department headed by Ms. Lorelein Sevilla.