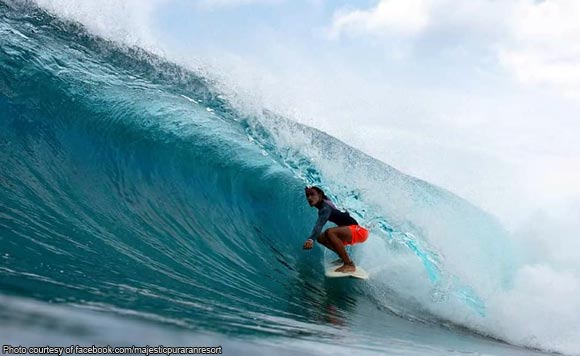 0 545
Share
Want more POLITIKO News? Get the latest newsfeed here. We publish dozens and dozens of politics-only news stories every hour. Click here to get to know more about your politiko - from trivial to crucial. it's our commitment to tell their stories. We follow your favorite POLITIKO like they are rockstars. If you are the politiko, always remember, your side is always our story. Read more. Find out more. Get the latest news here before it spreads on social media. Follow and bookmark this link. https://goo.gl/SvY8Kr

Rep. Cesar Sarmiento has urged the Department of Tourism to improve the promotion of Catanduanes province as a tourist destination.

During the deliberation of the DOT’s budget at the House of Representatives, Sarmiento highlighted the beauty of his province.

Sarmiento said that his province is at par with other world-class destinations in the Philippines.

“We are now experiencing an influx of tourists coming to see the beauty of our province. But still the Catandunganons feel the lack of support in terms of promotion up to now,” Sarmiento said during the plenary budget deliberations.

He said that aside from primary tourist destinations such as Palawan and Boracay, other secondary destinations like Catanduanes should be suppotted.