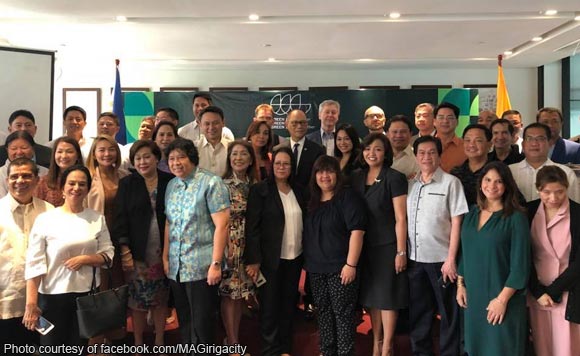 0 509
Share
Want more POLITIKO News? Get the latest newsfeed here. We publish dozens and dozens of politics-only news stories every hour. Click here to get to know more about your politiko - from trivial to crucial. it's our commitment to tell their stories. We follow your favorite POLITIKO like they are rockstars. If you are the politiko, always remember, your side is always our story. Read more. Find out more. Get the latest news here before it spreads on social media. Follow and bookmark this link. https://goo.gl/SvY8Kr

Iriga Mayor Madelaine Alfelor is ecstatic that her city is getting a new green area.

The Iriga City Park Redevelopment program has received support from the Department of Budget and Management under its green green and open space program.

Alfelor credited this to the hard work and community participation of the people of Iriga. On Facebook, she said the local government and people of Iriga have been working on this for a year and a half, and now all of their efforts are bearing fruit!

But this is not the only reason that the mayor is happy.

When it rains, it pours!

“IRIGUENIOS another reward due to our hardwork and 100% community participation. We just received a project from DBM (department of Budget and Management) as part of their green green and open space program, the IRIGA CITY PARK REDEVELOPMENT ? ? ?. Thank you LORD GOD for this blessing ? ? ? weve been working on this for 1 and a half years, everything paid off.. CONGRATULATIONS to all of us ❤️.

BACK TO BACK blessing: HALL OF FAMER award of IRIGA CENTRAL SCHOOL in mega school category, San pedro and Sagrada 3rd in brigada eskwela… thAnk you Lord ❤️ ?,” Alfelor posted.