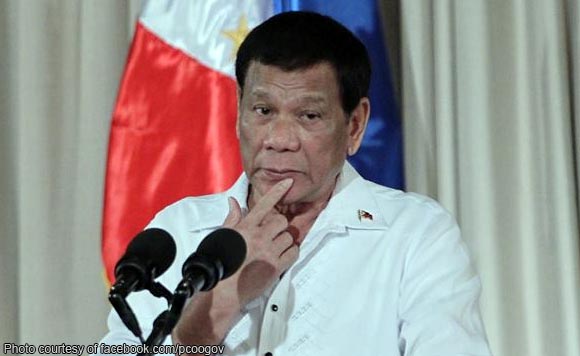 0 909
Share
Want more POLITIKO News? Get the latest newsfeed here. We publish dozens and dozens of politics-only news stories every hour. Click here to get to know more about your politiko - from trivial to crucial. it's our commitment to tell their stories. We follow your favorite POLITIKO like they are rockstars. If you are the politiko, always remember, your side is always our story. Read more. Find out more. Get the latest news here before it spreads on social media. Follow and bookmark this link. https://goo.gl/SvY8Kr

President Rodrigo R. Duterte has abolished the Partido Development Administration (PDA) for consistently operating at a loss for almost 20 years since it was established.

Under Memorandum Order No. 29 signed by Executive Secretary Salvador Medialdea on Sept. 25, the Sangguniang Panlalawigan of Camarines Sur urged the President and the Governance Commission for Government-Owned or Controlled Corporations (GCG) to abolish the PDA for failing to serve its purpose.

The GCG gave two reasons in abolishin PDA: it performs functions or purposes that duplicate or unnecessarily overlap with functions, programs, activities or projects already provided by a government agency; and it is not producing the desired outcomes, or no longer achieving the objectives and purposes for which it was originally designated and implemented and/or not cost efficient and does not generate the level of social, physical, and economic returns.

PDA was established in 1994 to accelerate the development of 10 municipalities, comprising the 4th District of the Province of Camarines Sur –Sagnay, Tigaon, Goa, San Jose, Lagonoy, Tinambac, Siruma, Presentacion, Garchitorena, and Caramoan.

The Privatization Management Office (PMO) will be tasked to dispose of the assets of the PDA to settle its outstanding liabilities in accordance with applicable laws, rules, and regulation.

All affected officials and personnel of the PDA, whether regular or contractual, may avail of separation benefits.

Funding for the separation pay and other benefits of affected officials and personnel of the PDA shall be sourced from its corporate funds. (PNA)