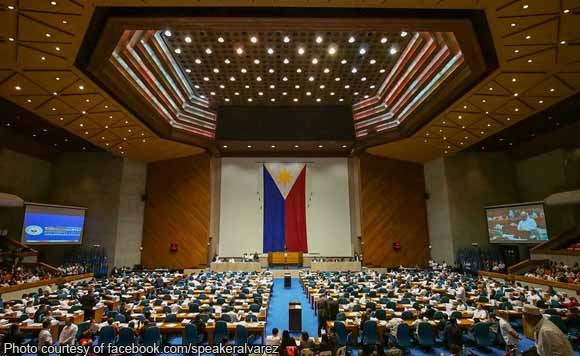 0 804
Share
Want more POLITIKO News? Get the latest newsfeed here. We publish dozens and dozens of politics-only news stories every hour. Click here to get to know more about your politiko - from trivial to crucial. it's our commitment to tell their stories. We follow your favorite POLITIKO like they are rockstars. If you are the politiko, always remember, your side is always our story. Read more. Find out more. Get the latest news here before it spreads on social media. Follow and bookmark this link. https://goo.gl/SvY8Kr

After the committee approval of the bill aiming to declare Catanduanes as the “Abaca Capital of the Philippines,” a House panel will now seek for funding for the proposed Abaca Research and Development Center in the province.

The House Committee on Agriculture and Food chaired by Rep. Jose Panganiban Jr., (Party-list, ANAC IP) has approved recently a substitute bill seeking to declare the province of Catanduanes as the “Abaca Capital of the Philippines.”

Following the approval of the bill, Panganiban said the next step of the panel is to “consider another bill which provides for appropriation” for the establishment of an Abaca Research and Development Center in Catanduanes.

The proposed law declares it is “fitting” to give recognition to the contribution of Catanduanes to the total abaca production of the country and the world where the province is considered to be the top abaca producer, providing 87.17 of global output.

“We recognize Catanduanes as the number one producer of abaca not only in the Philippines but in the world,” said Panganiban in a recent hearing conducted by the committee.

Sarmiento cited the Philippine Fiber Industry Development Authority (PhilFIDA) statistics, which showed that the country produced a total of 496, 069.10 bales of abaca in 2016 and 130,090.30 bales in the first quarter of 2017. One bale is equivalent to 125 kilograms.

Meanwhile, Sarmiento said Department of Agriculture (DA) statistics showed that from 2009 to 2013, the Bicol Region was the top producer of abaca fiber with 22,987 metric tons, which comprised 39 percent of the total national production.

“Our small island province even beat Ecuador, which is only second in global production and with a total produce of 8,555 metric tons. Our abaca exports are worth $114.79 million, and our abaca is bought by countries such as the United States, United Kingdom and Germany,” said Sarmiento.