What’s next for Masbate VG Revil? No decision yet for 2019 polls 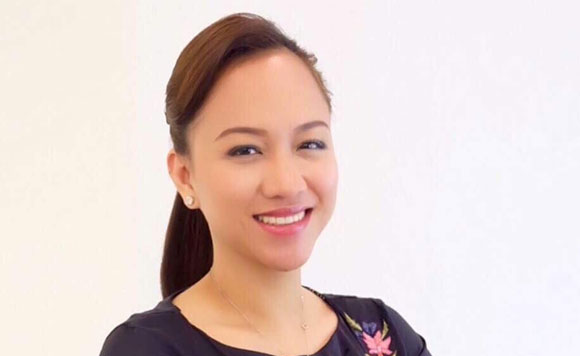 0 1,714
Share
Want more POLITIKO News? Get the latest newsfeed here. We publish dozens and dozens of politics-only news stories every hour. Click here to get to know more about your politiko - from trivial to crucial. it's our commitment to tell their stories. We follow your favorite POLITIKO like they are rockstars. If you are the politiko, always remember, your side is always our story. Read more. Find out more. Get the latest news here before it spreads on social media. Follow and bookmark this link. https://goo.gl/SvY8Kr

Masbate Vice Governor Kaye Revil has revealed that she has yet to decide on her political plans barely a month before the scheduled filing of certificates of candidacy for 2019 polls.

The Vice Governor said that she has until the end of September to make her decision. She admitted that she’s still thinking whether to seek reelection, or run for another position.

Revil added that she’s not ruling out of the possibility of quitting politics and live a “lesser complicated” life.

The Commission on Elections has set the filing of COCs on October 1 to 5.

“Being elected as VG of Masbate in May 2016 until June 2019, I am grateful for the opportunity to serve the Masbateños. I know I’m also consistently & continuously giving my best. Whether I’ll continue in public service, I have until the end of this month to decide whether I’d file for election or re-election,” said Revil.

“As to what position if ever not as VG anymore, it’s that where I’d be more effective & would be able to help more,” she said.

Revil admitted that being a vice governor is “hard” considering the limitations of her office, particularly on the budgetary aspect.

“Honestly, to be VG is hard, people expect you to be in the same level as the Gov when truth is, the funding your office has is not even at 1% of that under his. It is frustrating that you know what you want to be able to accomplish yet not have the financial capacity to do so or the power to actually implement or execute the same because the bottomline that is the budget is just not feasible,” she said.

She also admitted that although she wants to “speed” things up, the “bureaucracy is flawed” and the “system is corrupted.”

“We aren’t born yesterday, I’m sure you know how ugly politics is & how people have not learned what ought to have been. Crab mentality is everywhere. Collaboration among leaders & people is an uphill climb. The trapo way of doing things persists,” she saidm

Revil asked her constituents for prayers as she contemplates for her next political move.

“Ahhh it is tough to be in this job. To be frank, I am also not discounting the possibility of choosing to no longer run & just live a lesser complicated life just minding my own problems & not the rest of the world’s. I have this month to decide & I am asking you to pray for me to be guided as I discern if truly the vision that I am pursuing for Masbate is worth fighting for,” she said.