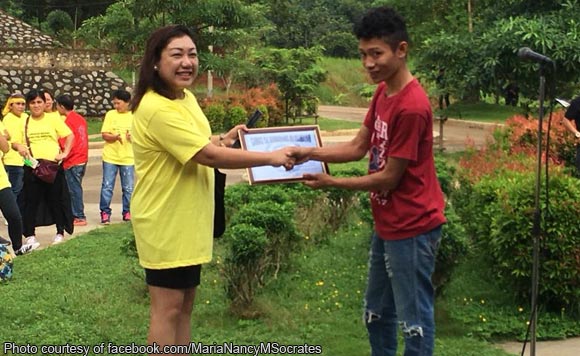 He is the kind of constituent that all politikos would like to have.

Gutierrez, a Jollibee crew member, turned over the wallet he found to Radyo Bandera where the owner was able to claim it.

The owner offered a reward, but Gutierrez declined to accept it.

In a Facebook post, Socrates said Gutierrez’ example showed that there is still honesty in this world, and it is found in the blood of Puerto Princesa residents.

She congratulated Gutierrez’ parents for raising him well and wished him all the best in life.

May his kind increase!

“On behalf of the Honorable Mayor Lucilo R. Bayron, the City Council and the entire City Government of Puerto Princesa, we wholeheartedly congratulate, appreciate and commend the honesty of Mr. Dominic O. Gutierrez for returning the lost wallet owned by Mr. John Alfred Diaz of Bgy Mandaragat.

Upon founding (the wallet) Mr. Gutierrez immediately turn over said wallet to the Radyo Bandera station which subsequently claimed by the owner.

The owner contacted Mr. Gutierrez for a prize but he refused to accept. Mr Gutierrez works as crew in the Jollibee Drive Thru who was on his way and suddenly found the said wallet.

It is indeed proof that honesty in today’s modern world exists – it runs in the blood of a God fearing Puerto Princesans.

Congratulations also to your parents for raising a child like you. May you become successful in all of your desires in life,” Socrates shared on Facebook.