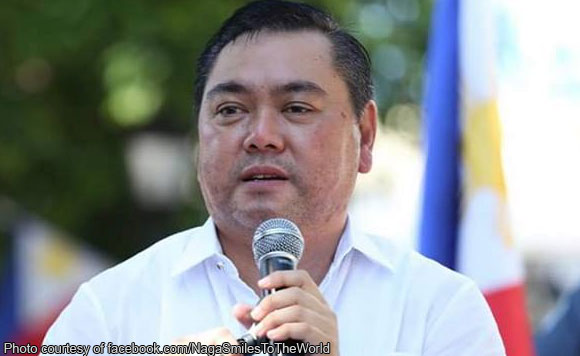 0 1,247
Share
Want more POLITIKO News? Get the latest newsfeed here. We publish dozens and dozens of politics-only news stories every hour. Click here to get to know more about your politiko - from trivial to crucial. it's our commitment to tell their stories. We follow your favorite POLITIKO like they are rockstars. If you are the politiko, always remember, your side is always our story. Read more. Find out more. Get the latest news here before it spreads on social media. Follow and bookmark this link. https://goo.gl/SvY8Kr

Naga City Mayor John Bongat has suspended the classes in all levels in the city and work in the government on September 7 in lieu of the Peňafrancia Traslacion Procession.

The City government said that the procession is an event attended by “tens of thousands of devotees and pilgrims from all over the country and the globe.”

“To ensure public order, safety and convenience, reduce traffic congestion and minimize the risks involved in the conduct of the annual Peňafrancia Traslacion Procession or the Transfer of the images of Nuestra Señora de Peñafrancia and Divino Rostro from the Peňafrancia Shrine to the Naga Metropolitan Cathedral…, and upon the recommendation of the Peňafrancia Inter-Agency Task Group – Joint Operations Center, the public is hereby advised that:

a. Classes in all levels in all private and public schools in the City of Naga are suspended on Friday, 07 September 2018.

b. Work in all departments and offices in the City Government of Naga, as well as in all government offices and/or agencies situated within the territorial jurisdiction of Naga City.

However, according to the memorandum issued by Mayor Bongat, those involved in the maintenance of peace and order and traffic enforcement like the PSO, in disaster risk reduction and management and emergencies like the COMCEN, the CDRRMO and the Naga City Rescue, in health and allied services like the Naga City Hospital and the Our Lady of Lourdes Infirmary, and in the normal operation of the Bicol Central Station, the Naga City People’s Mall, the Naga City Abattoir, the Solid Waste Management Office and the City Events, Protocol & Public Information Office, are likewise suspended on said date from 10:00am.

Meanwhile, heads of private companies, in the exercise of prudence and sound discretion, are “encouraged” to adopt this Circular.