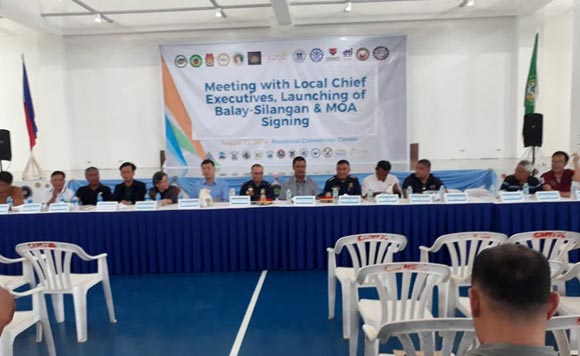 The Balay Silangan, which is based from Bahay Pagbabago, is the first of its kind in the entire Bicol Region.

“This shall serve as an instrument for the reformation of drug personalities who availed of the plea bargaining,” said the province.

The provincial government has earmarked ₱5 million for the repair and rehabilitation of the designated temporary facility, the Old Provincial Capitol Jail, which can house at least 30 persons.

Director Christian O. Frivaldo, the Acting Regional Director of PDEA Region V, lauded the province as it is the first to initiate the Balay Silangan Reformation Program in Bicol and “it proves that the government unfalteringly supports the programs of PDEA.”

For his part, PNP Regional Director, Arnel Escobar said that the activity is a step closer towards making the streets of Catanduanes free from “pernicious influence of illegal drugs.”

“This would serve as another avenue at which we could come together and show our solidarity in confronting this menace to society,” he expressed.