Oriental Mindoro Rep. Doy Leachon dives into his new role in the House of Representatives 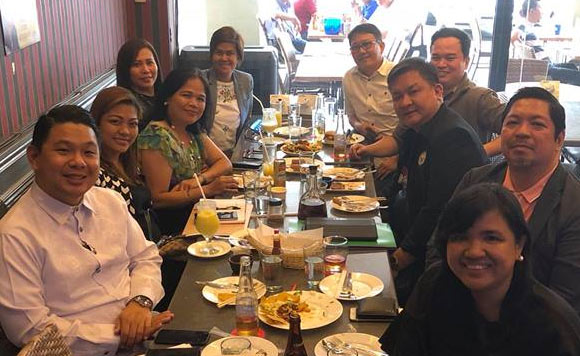 There’s only a few months left before the present Congress ends, but Oriental Mindoro Rep. Salvador “Doy” Leachon is diving into his new role in the House of Representatives with gusto.

Leachon is the new chair of the one of the plum posts in the House, the Justice Committee. This was the result of the reorganization in the chamber following the leadership coup led by the allies of the new Speaker, Pampanga Rep. Gloria Macapagal Arroyo.

Leachon recently met his new staff members in the committee and in the powerful Judicial and Bar Council, where he automatically gets a seat as a result of heading the jHouse Justice panel.

His wife Ronalee shared photos of the meeting on Facebook.

Looks like Leachon is determined to make the most of the remaining months!

“Cong Doy Leachon in an organizational meeting with his new staff at the Justice Committee of Congress and the Judicial and Bar Council,” Ronalee Leachon posted on Facebook.