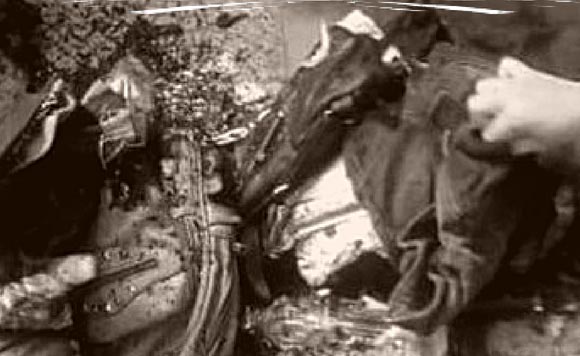 A youth organization has condemned the burning of students’ bags and belongings by the administration of Bicol Central Academy.

The Samahan ng Progresibong Kabataan condemned the “abusive” act committed by the owner of the said school, who was also a board member in Camarines Sur.

“The incident only manifests the cruelty our youth will have to undergo in order to earn a degree under the present corrupted educational system. The wanton disregard of the property of the students, paid for by their hard-working, ordinary wage earning parents is reeking with tyrannical if not maniacal regimen by the capitalist-school owner,” the group said in a statement.

In a viral video, a man, who appeared to be Jaucian was shouting at the students and calling them “stupid” for failing to comply with the policy not to bring bags in a school event.

The Department of Education has already initiated a probe over the matter.

“Despite so many laws and regulations enacted to protect the youth from wrongful and exploitative actions by persons of authority specially in a educational institution, the burning of the bags and other academic paraphernalia should not be tolerated and must deserve the severest form of administrative, civil and criminal sanctions,” the group said.

“To burn their bags is one thing but to berate his own students and call them “stupid” must be the most ironic and irreconcilable act an educator could ever do,” it added.

The youth grouped also encouraged the students and their parents to file the “necessary lawsuits versus their tormentor but should not stop there.”

“All students must be equipped with the knowledge and means to counter abusive school administrators. Empowering themselves now is of utmost necessity as petty tyrants have sprouted in our campuses and communities under a Duterte regime that has encouraged impunity and savagery,” said the group.