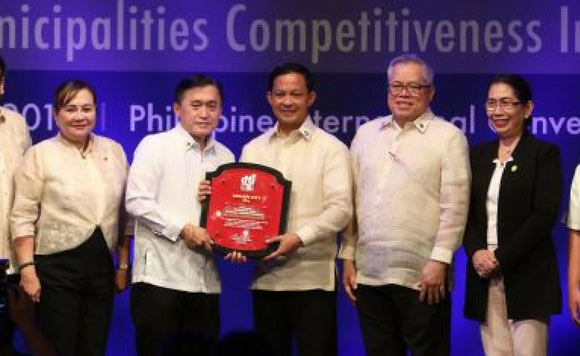 Legazpi City is this year’s Most Competitive Component City in the country.

Legazpi City beat Naga City — the most competitive component city in 2015 and 2016 — which settled at second place tjis year.

The awarding ceremony was held at the Philippine International Convention Center in Pasay City.

The Mayor added that although his city edged Naga this year, it is still a huge accomplishment for Bicol as the top two cities came from the region.

“Although we beat naga city(2nd overall)this time for 1st place overall pero still this is very good for bicolanos kasi even though nasa typhoon belt kita still 2 cities rose above all from bicol…. beating cities from mindanao,visayas and luzon…award is just an award but ang magayon digdi perception of strength of the economy of legazpi,” he said.

Meanwhile, Tagum City placed third as the most competitive component city in the country.