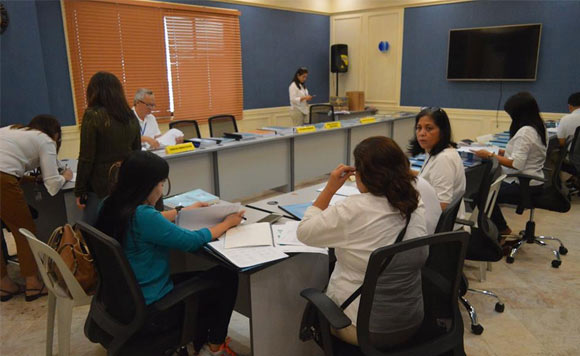 The Province of Albay has started its preparation for this year’s Seal of Good Local Governance Awards of the Interior and Local department.

Being a “consistent winner” of the said award, the Provincial Government of Albay prepared to present its documents and reports to evaluators for this year’s edition of the prestigious awards.

“In order to be conferred with the Seal of Good Housekeeping, Local Government Units (LGUs) must comply with full disclosure policy by posting or uploading budgetary documents online and in their bulletin boards to be seen by the public,” the province said.

“Other than that, the LGU must have no serious negative findings in its annual audit report published by the Commission on Audit,” it added.

The Seal of Good Local Governance Award, according to the province, is a testament to the “success of Albay in attaining the required governance standards.”

The province has been a consistent winner of the award and the only province in the Bicol Region to be conferred with the award in the Provincial Government category.

Governor Bichara personally received the award in a ceremony held in Manila, as he credite the success to the efforts of the employees of the provincial government.

“We reap the fruits of hardwork, relentless dedication, and uncompromising leadership by being awarded with the Seal of Good Local Governance 2017 by the Department of Interior and Local Government,” Bichara said then.