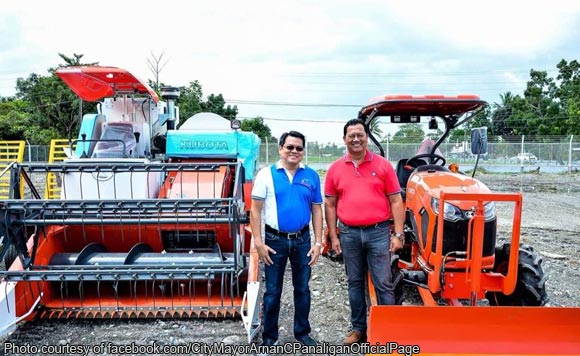 The top city government officials of Calapan City have led the turn over of a tractor and one unit of combined harvester to a farmers’ organization worth P2.9 million.

The said distribution is part of the AKAP program or the Angat Kabuhayan sa Agrikuktura, the flagship agriculture program of the city government.

“City Mayor Arnan C. Panaligan and Vice Mayor Gil Ramirez turned over to the officers of Calapan Farmers Federation Association (CALFFA) one unit of 4 wheel tractor and one unit of combined harvester amounting to PhP 2.9 million for the use of the farmers of Calapan City,” said the city government.

“These are the fourth units of 4 wheel tractor and combined harvester that Mayor Panaligan and Vice Mayor Ramirez promised to provide to CALFFA,” it addee