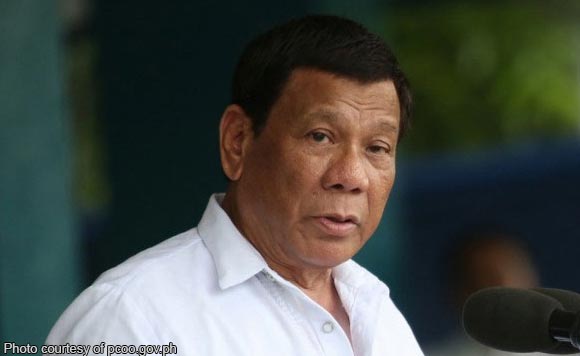 0 1,854
Share
Want more POLITIKO News? Get the latest newsfeed here. We publish dozens and dozens of politics-only news stories every hour. Click here to get to know more about your politiko - from trivial to crucial. it's our commitment to tell their stories. We follow your favorite POLITIKO like they are rockstars. If you are the politiko, always remember, your side is always our story. Read more. Find out more. Get the latest news here before it spreads on social media. Follow and bookmark this link. https://goo.gl/SvY8Kr

LEGAZPI CITY — President Rodrigo Duterte’s statement tagging Naga City as once a “hotbed” of crystal meth (shabu) has earned the ire of many Bicolanos.

However, the Philippine Drug Enforcement Agency (PDEA) in Bicol was fast in defending the President.

Gil Castro, PDEA Bicol spokesperson, explained in a phone interview on Wednesday that there are factors to consider as basis of the statement.

Proximity, he said, is one. He noted that based on the agency’s comprehensive assessment on the war on illegal drugs, Naga City became the transshipment point of illegal drugs because of its proximity to other progressive regions such as the Calabarzon, Metro Manila, and the Visayas regions.

“Bicol’s land and sea connectivity with other regions make us a transshipment point for illegal drugs operation – illegal drug trading operation are using the highways, and shorelines as the mode of transportation,” Castro said.

The holding of festivals and conventions is also a factor as it is where illegal drug operations thrive, he noted.

The Department of Tourism (DOT) in Bicol has lined-up major festivals yearly such as Peñafrancia Festival in Naga City, Ibalong Festival in Legazpi City, Kasanggayahan in Sorsogon, Rodeo in Masbate and Abaca Festival in Catanduanes.

DOT has also considered the cities of Legazpi and Naga as convention hubs in Bicol.

Castro said Naga City has become among the top tourist destinations in the country primarily because of the Feast of Our Lady of Peñafrancia in September when millions of devotees, as well as local and foreign tourists, stay in this city to observe the week-long religious event.

Where many people converge, illegal drug operators take advantage of the frenzy by unloading and selling their substances.

Christian Frivaldo, PDEA Bicol regional director, when sought for comment on Duterte’s statement, said: “If the President said so, then he must have a strong basis for that.”

He stressed, however, that PDEA and the Philippine National Police in Bicol have relentlessly performed their task to address the drug problem not only in Naga but in the entire region.

“We will then intensify the cooperation and collaboration with other stakeholders in response to the President’s statement. This would be a challenge for us to clean up Naga from illegal drug operation,” Frivaldo said.

PDEA records indicate that for the period January to June this year, it has carried out 337 drug operations where it seized 6.3 kilos of crystal meth, 26 kilos of cocaine and 516 grams of marijuana with a total street value of PHP142.2 million.

During the period, it arrested in various drug operations in Bicol 426 drug personalities of which 82 were considered high-value targets including three foreign nationals (Nigerians), two government officials and nine government employees. (PNA)