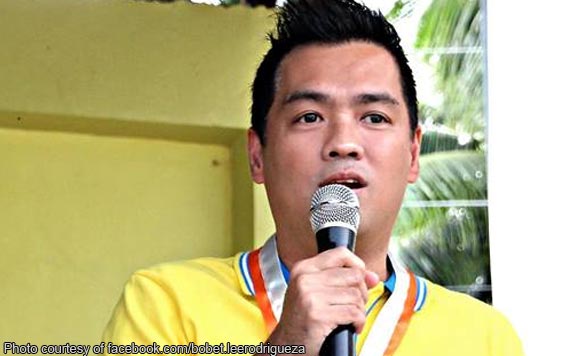 0 590
Share
Want more POLITIKO News? Get the latest newsfeed here. We publish dozens and dozens of politics-only news stories every hour. Click here to get to know more about your politiko - from trivial to crucial. it's our commitment to tell their stories. We follow your favorite POLITIKO like they are rockstars. If you are the politiko, always remember, your side is always our story. Read more. Find out more. Get the latest news here before it spreads on social media. Follow and bookmark this link. https://goo.gl/SvY8Kr

Sorsogon Governor Bobet Lee Rodrigueza has expressed his gratitude to the Municipality of Juban for recognizing his “noble purpose” of putting up a sub-governor’s office in their area.

The Municipality of Juban passed Resolution 56, recognizing the efforts of the governor in establishing the Kapitolyo sa Segundo Distrito.

“This body finds the effort of Governor Robert “Bobet” Lee Rodrigueza in establishing the Kapitolyo sa Segundo Distrito which will ultimately benefit particularly poor residents who do noy have means financially to go to Sorsogon for their transaction,” the resolution read.

The town also said that having an office in Irosin would lessen the transaction in the main office.

Rodrigueza, for his part, thanked the body for recognizing his efforts.

The governor said that his administration aims to bring the government closer to its peple.