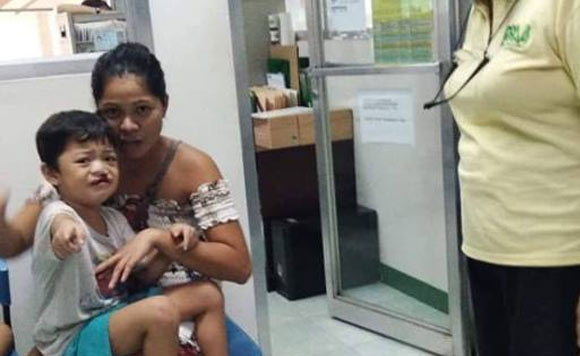 Keeping people smiling is apparently a family tradition for the Fuentebellas.

The mission operates on children with facial deformities because of cleft lip and cleft palates to give them beautiful smiles.

He has made it an annual event, which has served more than 20,000 patients since 1998. He has also teamed up with medical institutions to ensure the quality of service provided.

One of the recent beneficiaries is a seven-year-old from Nabua with a cleft palate. The operation was a success, and his parents could not be more thankful and overjoyed.

This surely is a reason to smile!

“The first Operation Smile medical mission took place in Naga City in 1982 through the efforts of then Cam. Sur Governor Felix A. Fuentebella. Headed by American surgeon Dr. William Magee and his wife Kathleen, a nurse, Operation Smile provided access to surgery in underserved communities and brought a beam of hope for children with facial deformities because of cleft lip and palates.Cong. Noli Fuentebella continued the missions as soon as he became congressman and expanded the services to include dental, ophthalmological, surgical treatment. The annual activity has served 20,201 patients since 1998. He has forged active partnerships with the DOH, DSWD, PGH, NKTI, PCMC to deliver healthcare service to marginalized patients through the Medical Assistance Program.