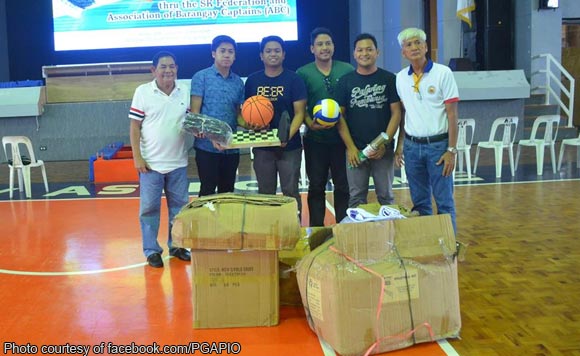 Meanwhile, for the 44 barangays of Guinobatan, 44 volleyball set, 44 basketballs, 44 badminton set and 44 chess set were handed over to the SK chairmen and barangay captains of the municipality headed by their Mayor, Hon. Gemma Ongjoco.

The province said that other municipalities and cities will be receiving the sports equipment as scheduled by the provincial government.