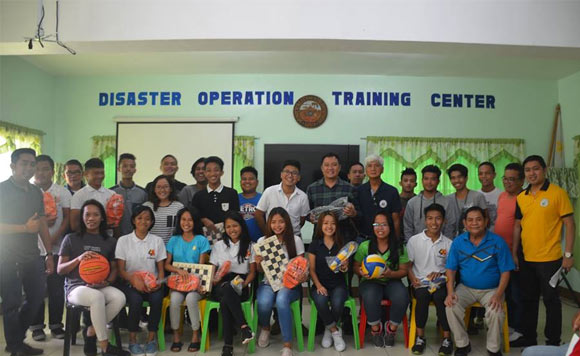 The Albay Provincial Governmeny has turn over sports equipment to various barangays in the province.

The said distribution is done by the Provincial Sports Office thru the Presidents of the SK Federations and Association of Barangay Captains (ABC).

“Being a sports enthusiast himself, Albay Governor Al Francis Bichara ordered a full support to the youth and sports development in the Province of Albay,” said the provincial government.

According to the province, the said sports equipment were first handed-over to the SK Federation Presidents during the final meeting for Governor’s Al Bichara’s Cup Season 20 last July 18, 2018.

The first municipality that received the Go Signal was Camalig, and it was given 50 chessboard set, 50 basketballs, 50 badminton set, and 50 volleyball set.

“After the distribution of sports equipment at Camalig, Sto. Domingo and Daraga received the same equipment on the same day, last July 23, 2018,” said the province.

Other Municipalities/Cities that have not yet received the Go Signal are being scheduled accordingly, said the province.