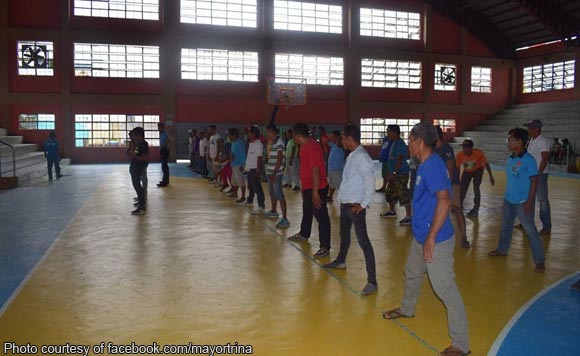 Odiongan Mayor Trina Fabic wants peace and order in her town, but she wants it done right.

The Odiongan Municipal Police Station worked with the local government and the Municipal Advisory Council to hold the Barangay Peacekeeping Action Team training.

During the training, barangay officials were taught actual methods on apprehending suspects and on defending themselves.

In a Facebook post, Fabic said this was intended to enhance the capabilities of the barangay tanod in stopping and going after troublemakers and in addressing other problems in their areas.

With their new skills, barangay officials will surely be part of the solution, not the problem!