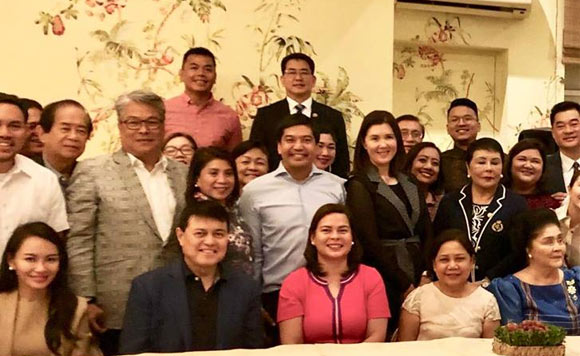 It looks like Davao City Mayor Sara Duterte is the new power behind the throne, and everybody wants to be in her good graces.

After reportedly playing a key role in the ouster of Davao del Norte Rep. Pantaleon Alvarez as Speaker, politikos seem to be flocking around the President’s daughter.

Duterte, who was her own powerful regional party, enjoyed lunch with the new speaker, Pampanga Rep. Gloria Macapagal Arroyo, and then later had dinner with members of the Nacionalista Party.