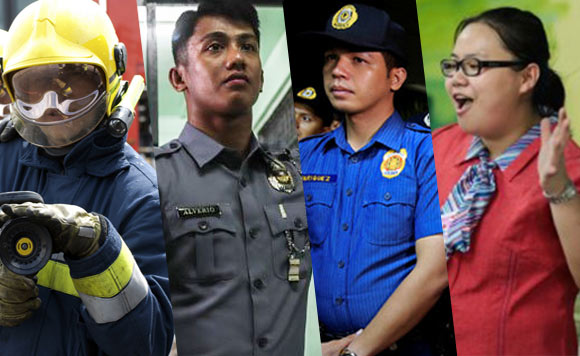 Duterte coursed his instruction through his annual “Budget Message”, which served as his cover note to his administration’s proposed P3.757 trillion national budget for 2019.

Andaya said 10,000 new teaching positions will be created for which P2.21 billion to cover their initial year’s salary has been included in the proposed P529 billion budget of the Department of Education.

On top of this, Duterte has also ordered that 105,529 vacant positions in DepEd be filled, at a cost of P27.6 billion, an amount also included in DepEd’s 2019 outlay.

The additional hires will bring DepEd’s total authorized personnel complement to almost a million at 951,000.

“By 2022, it is safe to bet that DepEd will be a million-man agency,” Andaya said. “Every time there is a net increase of 40 enrollees in the public school system, we have to hire one teacher and build one classroom.”

“But with the policy to establish a “one teacher per 25 learners ratio”, the need to hire more teachers becomes imperative, “ Andaya said.

The first year compensation of the rookie firemen and jail guards will cost P1.38 billion, while those in the PNP will be twice that amount.

Andaya said personnel hiring will also be conducted in other agencies, “but the President mentioned only the big-ticket ones in his Budget Message.”

He estimates that up to “150,000” job vacancies will be filled, “if we include nurses and doctors to be hired by the Department of Health and government hospitals; engineers and technicians by the DPWH; and Department of Transportation, and personnel of the armed services. “

Among those the DOH plans to employ are 425 “surveillance officers” who will monitor the health of children inoculated with Dengvaxia.

He said state universities and colleges will also take in additional faculty to handle the crush of enrollees attracted by free tuition.

But in counting the budget’s “job generation potential, we have to include employment created by the government’s boosted up infrastructure spending,” Andaya said.

“Build, build, build is forecast to create one million jobs. Farm spending will also generate jobs in the tens of thousands. The P910 billion in capital outlays for next year will require more manpower,” Andaya said.

Despite the creation of more personnel items, the national government is projected to end 2019 with 269,098 unfilled positions out of the authorized 1.827 million positions.

Andaya said government agencies must also focus in enticing “highly-skilled professionals in technical positions” to join civil service to end what is called the “technical deficit” in the bureaucracy which has caused “a logjam in delayed or unlaunched projects.”