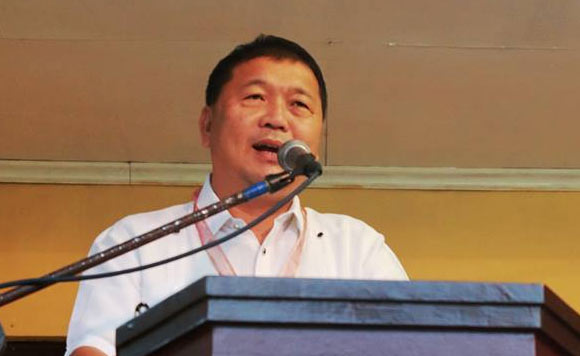 The Governor learned that it will take another two weeks before the genset to finally commissioned.

“For quite a while, the engine as not been utilized. This caused the carbon to hardened in the cylinder head, bulb and piston ring”, Gov. Cua reiterated as explained by Engr. Tatel.

Engr. Tatel explained that if they are to continue to clean the engine, it would take another two weeks for it to become operational.

However, he added that if the new cylinder head they ordered arrived, “it would not take longer than two weeks.”

To recall, during the FICELCO board meeting last June 1, 2018 together with Congressman Cesar Sarmiento, NPC plant supervisor Engr. Tatel said that it would take two-three weeks for the engine to operate, however it did not materialize.

Moreover, NPC President Pio Benavidez then promised that the NPC genset will work last week but his assurance likewise failed.

“People are clamoring for answer. The newspaper always says ‘next week na’. It has taken almost two months. That is why I personally went to visit NPC to see why the engine is still not operational”, the local chief added.

“If this engine operates, it will solve the current power outage”, said the Governor.