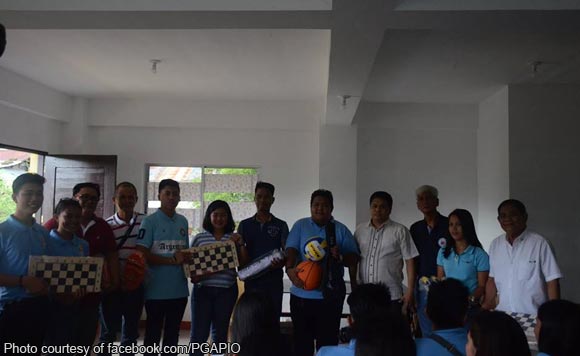 The Provincial Government of Albay has turned over various sports equipment to the local governments of Daraga and Sto. Domingo yesterday.

The said donation of sports equipment was “in line with the order of Albay Governor Al Francis Bichara to fully support the youth and sports development in the Province.”

The Provincial Government of Albay, through the Provincial Youth and Sports Development Office, led by Mr. Leonardo Flores, delivered sports equipment to the Municipal Halls of Daraga and Sto. Domingo.

On the other hand, Sto. Domingo Mayor Herbie Aguas also received the the equipment which included 23 chessboards, 23 basketballs, and 23 volleyball set from the the Provincial Government of Albay.

According to the province, the presentation of the donated sports gear to the Mayors and other local officials was immediately followed by the distribution of sports equipment to each barangay received by the SK Chairpersons of the various barangays of the Municipalities of Sto. Domingo and Daraga.