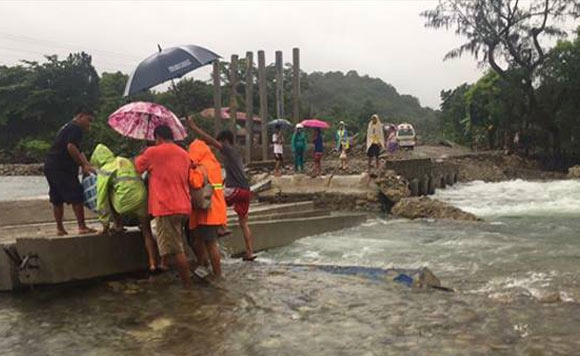 Unfinished infrastructure projects of Department of Public Works and Highways bring headaches to the residents of San Fernando in Romblon, especially at the onset of the rainy season.

Romblon News reported that one patient from San Fernando town needed to be carried by his relatives and neighbors under the pouring rain to the detour made by the DPWH as the Olango Bridge in Brgy. España is still under construction.

Aside from the Olango Bridge, Romblon News reported that other infrastructure projects – such as the Punong Bridge in the same town – have yet to be finished by the Public Works department.

However, residents said that some projects have yet to be completed, the news outlet reported.