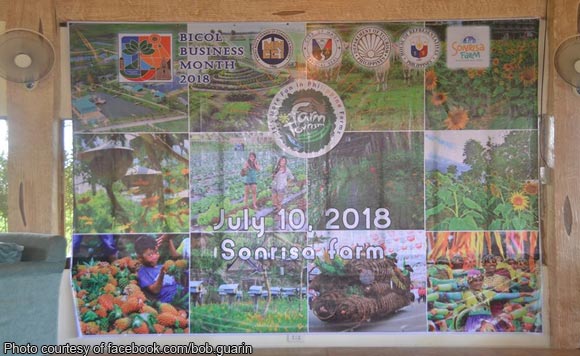 The Metro Naga Chamber of Commerce and Industry (MNCCI) led the Farmer’s Congress in the city as part of the celebration of the Bicol Business Month.

During the event, the MNCCI introduced the benefits of farm and culinary tourism to “encourage more individuals and entrepreneurs to engage in farming with the help of government agencies.”

“The Department of Agriculture (DA), together with the Department of Tourism (DOT), has been promoting farm and culinary tourism, as the farmer’s sector seems being left behind amongst other sectors, despite its utmost importance in food production,” the city government said.

During the Farmer’s congress, Chairperson Lani Peñas Botor said that they want to help farm owners to open linkages and “establish partnerships with the various government agencies so as they could utilize the fund accorded them to better their marketing strategies and production development.”

The city said that the Sonrisa Farm, the venue of the Congress, has been thriving as an eco-tourism farm and school accredited by the DOT and the TESDA.

“The farm and culinary tourism as a means for better harvest is being seen to encourage more individuals and entrepreneurs to engage in farming with the help of government agencies,” said the city.