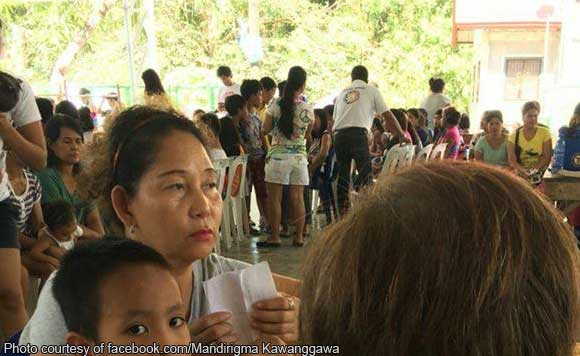 The provincial government of Albay has continued to provide post-disaster relief operations for the residents affected by the Mt. Mayon’s recent eruptive activities.

The Provincial Government and Governor Al Francis Bichara led the series of relief operations in various barangays in Camalig.

“20 kilos of rice received by each family. This is a continuous effort and support to the families affected by Mt. Mayon eruption, of the Provincial Government of Albay and Gov. Al Francis Bichara,” said the province.

Another Post- Disaster Relief Distribution to the families evacuees of barangays Tumpa, Sua, Quirangay, Barangays 1,2,3,6, Ilawod and Libod in Camalig was held.

Each family likewise received 20 kilos of rice. Gov. Bichara led the activity for the benefit of the affected during the eruption of Mt. Mayon.

“The Provincial Government of Albay and Gov. Al Francis Bichara note the importance of reaching out to families who are still in the process of getting their normal lives back as well as starting their livelihood activities after the Mayon eruption incident. Hence, the Provincial Social Welfare and Development Office (PSWDO) administered an activity that aims at disaster relief-service distribution to maximize evacuees’ resilience,” said the province.

Meanwhile, nine cities and municipalities in Albay are scheduled for the distributions of rice. A total of 62 barangays and 20, 679 families are to be assisted. Each family was given 20 kilos of rice.

“This action recognizes the need for the said assistance to reduce their situation after the said disaster. This is also a continuous effort and support to the families affected by the eruption,” said the province.