My brother is not sick! Iriga Mayor Madelaine Alfelor slams fake news about her brother’s condition 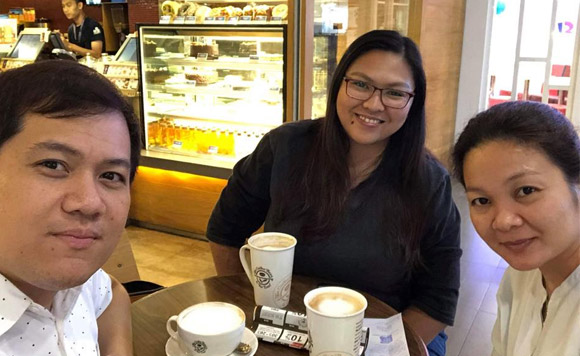 0 2,103
Share
Want more POLITIKO News? Get the latest newsfeed here. We publish dozens and dozens of politics-only news stories every hour. Click here to get to know more about your politiko - from trivial to crucial. it's our commitment to tell their stories. We follow your favorite POLITIKO like they are rockstars. If you are the politiko, always remember, your side is always our story. Read more. Find out more. Get the latest news here before it spreads on social media. Follow and bookmark this link. https://goo.gl/SvY8Kr

Alfelor engaged in some fact-checking by posting a photo of her brother Ronald and his wife Face at a recent appointment, where they were waiting to meet with a possible investor in the city.

In her Facebook post, the mayor said Ronald is physically fit and able, contrary to the rumors being spread by his detractors.

Not only is Ronald alive and well, he is still very much able to serve the people, she said.

Maybe that’s why they’re trying to spread the rumors. Elections are on the way, after all.

“MY Brother RONALD FELIX ALFELOR, his wife grace, and om eloisa are all waiting for their appointment, possible investor of iriga city. Hes physically fit and able.. dyan magaling sa fake news ang mga detractors.. Sorry but he is very well, alive and can still serve the people ❤ ❤ ❤…,” the mayor posted.