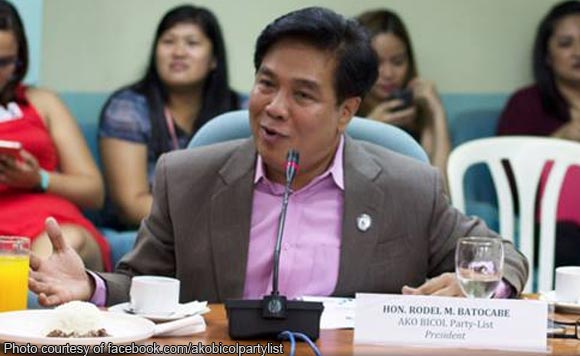 Ako Bicol partylist Rep. Rodel Batocabe urged tourists and other stakeholders to do their share in protecting the environment to avoid similar situation as that of Boracay.

Batocabe and other members of Congress recently went to Boracay as part of their oversight duties to monitor and evaluate the island’s ongoing rehabilitation.

“Boracay is an example of how greed and reckless development can transform a paradise island into a cesspool, as the President calls it,” the solon said in a Facebook post.

“I urge the stakeholders to become partners to transform Boracay like the way it used to be. I suggested small things like limiting the number of vehicles and identifying roads exclusively for pedestrians,banning plastics, garbage segregation which can be done asap,” he added.

Batocabe said that “demolition of illegal structures are still on- going while sewage system is still a challenge.”

“Proud too that both the head on the ground of Task Force Boracay and his deputy are Bicolanos,” he said.

In another post, Batocabe shared some of his memories on the island, noting that the last time he went there, he was just a “newbie” lawyer.

“I remember I would take my very young family with me while I meet with my resort owner clients and they would frolic on this pristine beach. In fact it is in this place that I learned how to scuba-dive,” he said.

“But I am glad I have not seen the rape and degradation that happened the long time I have not visited,” he added.

The solon also shared a photo of Boracay that “slowly healing.”

“Let us do our share and take care of oĺur tourist destinations so our children’s children can still enjoy them. As they say leave only footprints and memories,” he said.