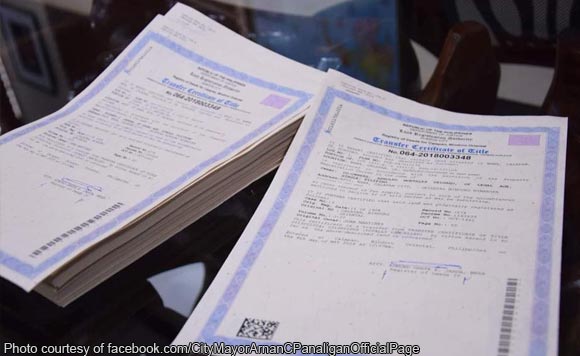 0 305
Share
Want more POLITIKO News? Get the latest newsfeed here. We publish dozens and dozens of politics-only news stories every hour. Click here to get to know more about your politiko - from trivial to crucial. it's our commitment to tell their stories. We follow your favorite POLITIKO like they are rockstars. If you are the politiko, always remember, your side is always our story. Read more. Find out more. Get the latest news here before it spreads on social media. Follow and bookmark this link. https://goo.gl/SvY8Kr

Ninety-six families in Calapan City finally have a place they could call their own home.

The Calapan City, under the leadership of Mayor Arnan Panaligan, has facilitated the titling of the individual lots to the 96 resettled families in Brgy. Wawa.

The program is under the HOPE or the Housing Opportunities Towards People Empowerment, the flagship housing program of Mayor Panaligan.

“After 24 years, the 96 families in Bgy. Wawa who were resettled in a relocation site will get their land titles,” said the mayor.

“The City Government facilitated and spent for the titling of the individual lots to the resettled families. Land titling and land tenure security is one of the component programs of HOPE,” he added.

Mayor Panaligan said that he wants a “decent” homes for all the homeless Calapeños.

Panaligan said that this is “another example of Accomplishment, Competence, Performance in local governance.”