Calapan City Mayor Panaligan after 23 years in service: It’s not always easy, but I kept the faith 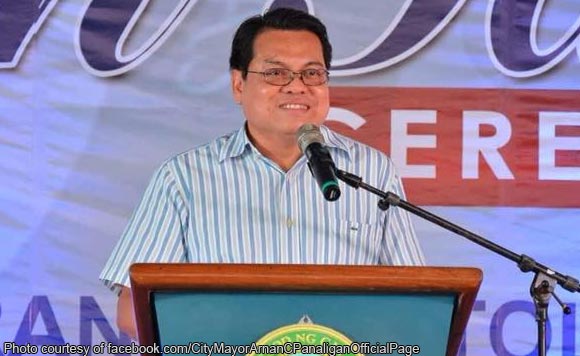 Mayor Arnan Panaligan took a stroll down memory lane as he looked back on the day he has first taken his oath as Calapan’s chief executive.

Panaligan, on his official Facebook page, shared a throwback photo of him taking oath as the mayor of Capalan, which was then a municipality. Three years later, he took his oath a new as Calapan’s first City Mayor.

“Exactly 23 years ago today, June 30, 1995, I first took the oath of office as Municipal Mayor of the then Municipality of Calapan. Three years later, I would take the same oath as the First City Mayor of the new City of Calapan,” Panaligan said.

“Since 1995, I have recited the mayoral oath five times already. I thank God for His guidance and the people of Calapan City for the privilege of serving them as mayor for many years,” he added.

The mayor admitted that the past 23 years have not always been easy. There were ups and downs. He faced a lot of criticism but his faith kept him going.

“By God’s grace and the people’s mandate, I have one more mayoral oath to pronounce. The past 23 years have not always been easy. There were moments of joyous victories and painful trials, of widespread adulations and stinging criticisms. But I have continued in the race. I have kept the faith, sustained by God’s love and the affection of the people,” Panaligan said.

The mayor thanked all his supporters for giving him their trust for over two decades now.