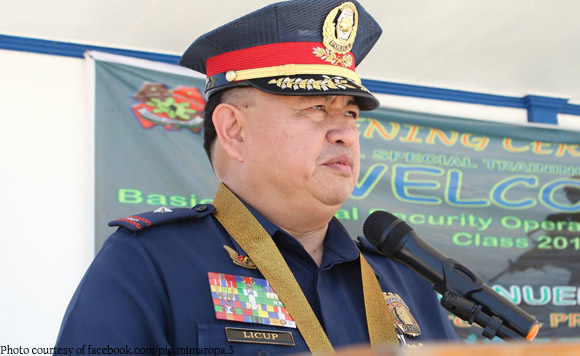 In a report Tuesday, Licup issued the order upon learning of Monday’s (June 25) misencounter involving members of the Philippine National Police (PNP) and the Armed Forces of the Philippines (AFP) in Sta. Rita, Samar, where six cops were killed and nine other police officers were wounded.

Licup said proper coordination with the AFP must be made first prior to the resumption of police operations to prevent the recurence of the incident in the region.

He reminded the newly-designated Force Commander of the Regional Mobile Force Battalion, Supt. Mardito Manguluan, to focus on his capability build-up on ISO matters, particularly in terms of the training of his personnel – along with personnel from the AFP – as the region prepares to take over the Internal Security Operations from the AFP.

The Mimaropa police regional director recently presided over the Regional Joint Peace and Security Coordinating (RPJSCC) meeting, along with the 203rd Brigade of the Philippine Army operating in the region, and has reviewed police coordination with the military.

According to Licup, the new setup is in preparation for the PRO Mimaropa’s takeover of the ISO of the region from the military.

He said they have already conducted their assessment and evaluation on the PNP Mobile Forces in terms of personnel, equipment, training and other zone of considerations.

“The meeting is crucial for the PRO Mimaropa to determine our capability to respond to the requirements of our job as law enforcers especially in the effort to enforce the mission of the PNP not only in the field of criminality but eventually in the field of internal security and in the equally important vision of our organization as we now prepare to take over the Internal Security Operations,” he said.

He also saw the need for the Mimaropa regional police force to keep pace with the advances and rigors of the fight against criminality.

“But on the same breath, we have to adopt to the framework or the role of the PNP vis-a-vis on the internal security operations as well as to the other special concerns, particularly on local and international terrorism,” he added.