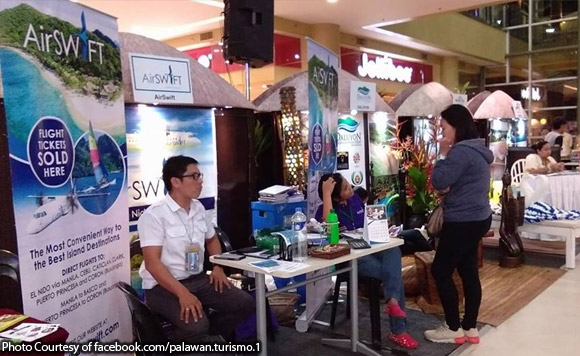 Over 25 exhibitors have participated in the ongoing Palawan World’s Best Island Tourism, Travel and Trade Expo 2018, which opened yesterday at the Robinson’s Mall Activity Center in Puerto Princesa City.

Those who will visit the trade expo can get discounted packages and products from the exhibitors.

Meanwhile, the exhibitors thanked the provincial government for the activity, which aims to promote Palawan as the “World’s Best Island.”

“In fact, ‘yung mga exhibitors natin they have been with us ever since we launch this [in 2014] – which means they sell. Bumibenta rin talaga sa ating mga stakeholders,” said Buñi.

The trade expo is part of the Baragatan sa Palawan Festival 2018 festival.