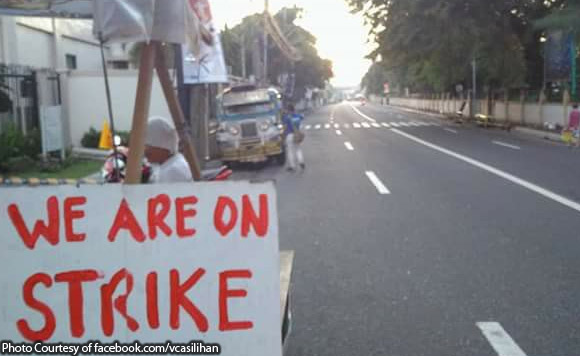 Several local government units in Albay province have already announced the suspension of classes on Monday due to the impending mass transport strike.

Albay Governor Al Francis Bichara, in an advisory, said that not all areas in the province will be affected by the transport strike by CONDOR PISTON Bicol on June 25 and mayors have the discretion to suspend classes.

Bichara, who also chairs the Provincial Disaster Risk Reduction and Management Council (PDRRMC), said that “suspension of classes will be at the discretion of the Local Chief Executives based on their analysis of the situation in their area.”

Following this order, Legazpi City Mayor Noel Rosal suspended the classes in both private and public schools in all levels on Monday “to maintain public safety and order” in the city.

Guinobatan Mayor Ann Yap Ongjoco also issued the suspension of classes in all levels in both public and private schools.

Daraga Mayor Awin Baldo followed suit and announced the suspension of classes in all levels in his municipality on Monday.

Likewise, Camalig Mayor Maria Ahrdail Baldo suspended classes in all levels on June 25 due to the said mass transport strike.