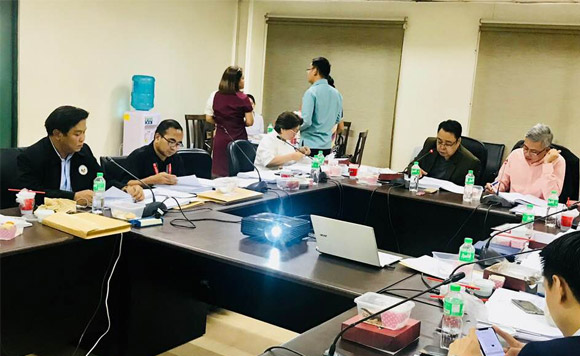 A college course in exercise and entertainment?

This is ridiculous, according to Ako Bicol Rep. Rodel Batocabe who managed to block the Commission on Higher Education’s approval of a request from two Bicol state schools to rename their courses.

As if this did not sound silly enough, Batocabe said CHED accepted this, although he managed to block it.

Had the request gone through, students of the course would become laughingstocks for taking up “exercise” and “entertainment” in college, he said.

These terms would cause a stigma to the students, he added.

Those in the business of education should use their brains as well!

“Sometimes, the bright boys from CHED are not that bright ater all when two Bicol SUCs— B.U. and BISCAST- put forward for approval to their respective Boards the renaming of courses pursuant to a CHED directive. The name of new and/or renamed courses? Bachelor of Science in EXERCISE and Sports Science and Bachelor of Science in ENTERTAINMENT.! Had I not blocked such names for being politically incorrect and simply ridiculous, we may ask BU and BiSCAST students what courses they are takıng and they will simply say “Exercisé´ or ´Entertainment” just like other students takıng Biology, Nursing or Engineering, mouthıng theır respectıve majors. Or wıll a parent be proud to dısplay his child’s diploma on Exercise or Entertainment.? Or what aboıt a subject of butt of jokes— ı.e., kung maluya- luya payo, kumuha ka na lang nin Exercise or Entertainment. Because of the stigma brought by these politically incorrect terms, NEDA Director Espinas – Tolentıno also included the course of Hospitaliry Management whıch the venerable Ex – Rep. Luis Villafuerte readily agreed in order to avoid, accordıng to hım, a triple college major of EXERCISE, ENTERTAINMENT & HOSPITALITY MANAGEMENT,” Batocabe posted on Facebook.