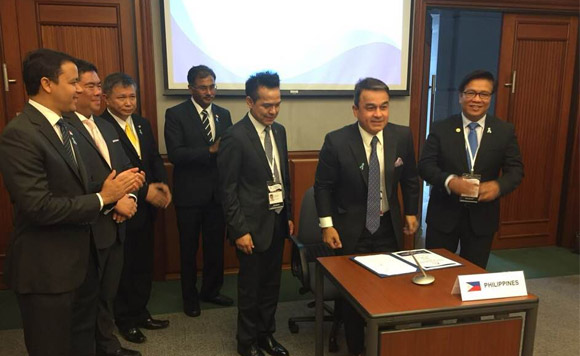 Batocabe participated in debates during the first meeting of the ASEAN Inter-Parliamentary Assembly’s Advisory Council on Dangerous Drugs in Singapore, which reached a consensus to form a united front against illegal drugs in the region..

Batocabe said he pushed for the Asean to declare a total war on drugs, but the other representatives from the region opted to use the term “resolute fight.”

The politiko was not too happy with this as he described it as a “relatively lame phrase.”

Nevertheless, he was glad that he had t least he had conveyed the President’s message that the Philippines is taking the war against illegal drugs seriously, he added.

We’re sure they got the message!