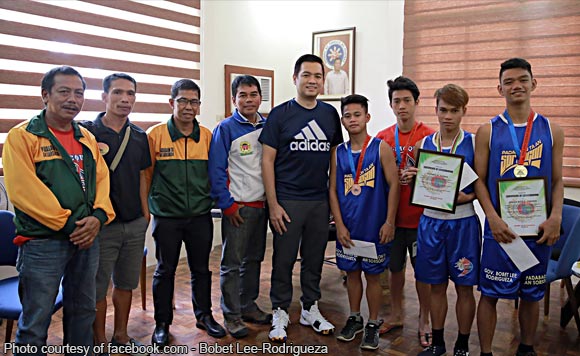 Sorsogon Governor Bobet Lee Rodrigueza has recognized the amateur boxers from his province who won in a boxing competition held in Bagiuo City recently.

Rodrigueza said that winning the competition is a great exposure for the province’s amateur boxers.

He also said that his administration will support the sports programs of local government units to produce world-class athletes.