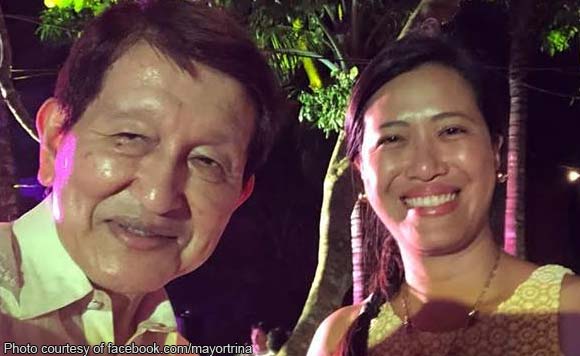 Former National Security Adviser Roilo Golez has been lauded as a staunch defender of Philippine sovereignty, but aside from these achievements, he was a good man in so many ways, according to Odiongan Mayor Trina Fabic.

Fabic paid tribute to Golez, who hailed from Romblon, after his sudden passing on Monday. On She shared on Facebook the last picture they had taken together last April.

According to the mayor, Golez had been his usual kind and down-to-earth self when they met, and his love for country had been apparent.

He was also vocal about his love for Romblon. An hour before his heart attack, he even psoted about the Cantingans River in Sibuyan, Romblon.

Romblon will miss him!

“We mourn the passing of a beloved son of Romblon, former Congressman and National Security Advisor Roilo Golez. We had a picture taken together last April at a wedding, which he posted on his Instagram account. When we saw each other then, he was his usual kind and down-to-earth self. He loved our country very much, and was vocal about national security affairs and protecting our interests in the West Philippine Sea. He also loved Romblon, and even posted about Cantingas River in Sibuyan an hour before he had a heart attack. You will be missed, Sir. Our heartfelt condolences to his family,” Fabic posted.