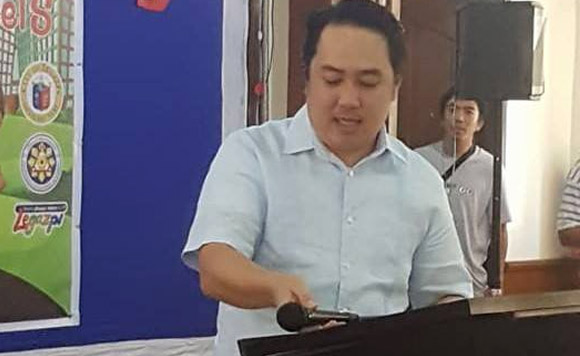 Legazpi Councilor Gregorio Imperial has questioned a Makati City ordinance that allows traffic enforcers to confiscate licenses of traffic violators, saying that this has potential for abuse.

Imperial raised the concern after he himself was flagged down by a traffic enforcer for turning at a red light.

The enforcer got his license, citing a city ordinance, and was informed he would be issued a ticket. When his group told the officer that they were driving back to Legazpi City, the officer offered to help by saying he would write up the ticket but pay the fine on their behalf.

However, when Imperial’s group asked to document the ticket after paying the fee, the traffic enforce once more threatened to take the license and give the ticket.

Since their group did not want to travel 450 kilometers without a license, they accept the traffic officer’s terms.

But of course they were left wondering if the enforcer really wrote up the ticket.

The politiko said Makati is the only city that has an ordinance permitting the confiscation of drivers’ licenses.

However, it could have unpleasant consequences, as he himself experienced.

“Just got caught for a traffic violation on Benavidez cr Paseo de Roxas by T/O Galvan and an unnamed officer for turning at a red light. After taking our license as per the Makati Ordinance that allows this, they said that they had to issue us a ticket.

We explained that we are beggining a 450km journey to Legazpi City and they offered to “help” us. So to help us they said they will still write up the ticket but offered to take care of the fine on our behalf.

The officer without a name plate went to the corner and wrote the ticket up and received the fine. When we requested to document the ticket after giving the fee, officer Galvan threatened to take the license and give the ticket. Too dangerous to travel 450km without a license.

At this point we had no choice but accept their terms. Was a ticket even written up? Really have to wonder.

Makati is the only city that has an ordinance that allows for the confiscation of driver’s license. This has potential for abuse,” he posted on Facebook.