‘Wag paglaruan: Puerto Princesa board member wants to regulate use of fake props in tribal activities 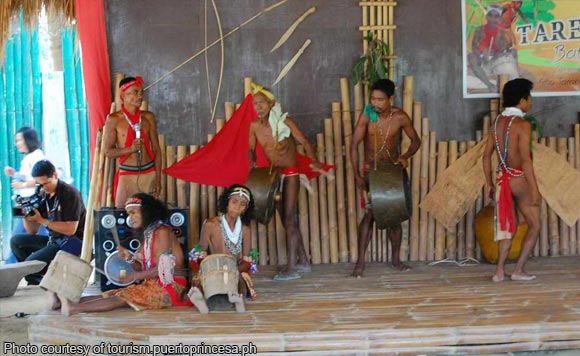 PUERTO PRINCESA CITY, Palawan — A provincial board member here has filed a proposed ordinance to regulate the use of fake accessories and props in the performance of cultural dances of tribal communities to protect their traditions.

The ordinance was proposed Tuesday by Indigenous People’s Mandatory Representative (IPMR) and ex-officio board member Joel Lumis following a sponsorship speech at the Sangguniang Panlalawigan.

He said the authenticity of the customs and mores of indigenous peoples’ cultural communities (ICCs) should be preserved and secured by avoiding inappropriate alterations.

“The cultural dances being performed use attires that are not appropriate for our tradition that is why what we want is for them to use original or customary clothes,” he said in an interview.

He said doing so will show that the performers respect and protect the indigenous peoples’ culture, tradition, and literature, which are considered sacred.

“Napakahalaga sa kultura namin na mga katutubo ang mga sinusuot sa tuwing may mga ipini-perform (It is very important for us to see that what the performers are wearing are our traditional attires),” Lumis said.

Under the proposed ordinance, non-authentic accessories and attires should not be used during tribal dance competitions, dance recitals in public, theatrical plays portraying the culture and traditions of the IPs, and films or video recordings posted on social media.

The proposed ordinance has been referred to the committee on tourism and cultural heritage for deliberation. (PNA)