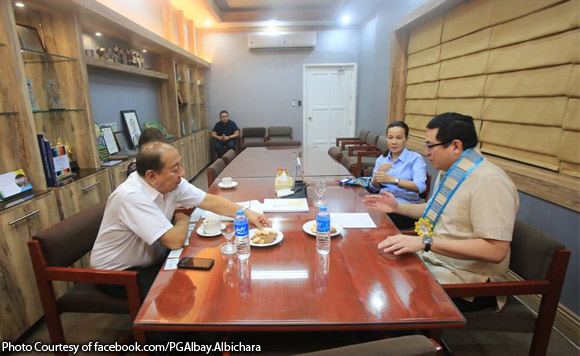 The two senators held a public hearing on the Senate Resolution No. 736 to find out the effects of the tax reform on commodities, particularly on fuel, water, electricity, and transportation.

The public hearing was eaded by the Senate Committee on Public Services chaired by Senator Poe. It was held at the Sangguniang Panlalawigan Conference Hall/Session Hall at the Albay Provincial Capitol.

The two senators paid a courtesy visit to Governor Al Francis Bichara in his office before the start of the hearing.

Gov. Bichara eventually joined the hearing, saying that it is important because a lot of people are feeling the effects of rising prices today.

“I hope that through this meeting we will be able to determine the effects of the Law and determine how we can help our people, many questions have arisen and I hope today we can find answers to these questions,” Bichara was quoted as saying.

This is the second time this year that a Senate public hearing was conducted in Albay.