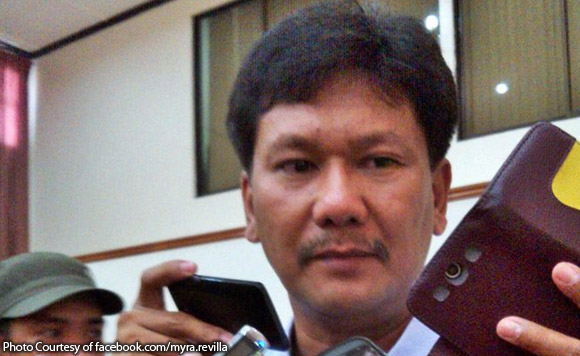 Camarines Sur Board member Gilmar Pacamarra has been suspended from office for 90 days over the graft charges he is facing over a travel junket to Thailand.

The Sandiganbayan slapped the suspension against the former San Jose, Camarines Sur mayor since the Anti-Graft and Corrupt Practices Act explicitly states that government officials facing graft charges will have to get suspension.

The court explained the Act is “so clear and explicit that there is hardly room for any extended court rationalization of the law.”

“Section 13 unequivocally mandates the suspension of a public official from office pending a criminal prosecution under R.A. No. 3019 or Title 7, Book II of the Revised Penal Code or for any offense involving public funds or property or fraud on government,” it cited.

Under the case, when he was still mayor, Pacamarra and his co-defendants are accused of disbursing P279,724.60 as expenses for their official travel to Thailand in January 2008 without any valid travel authority.