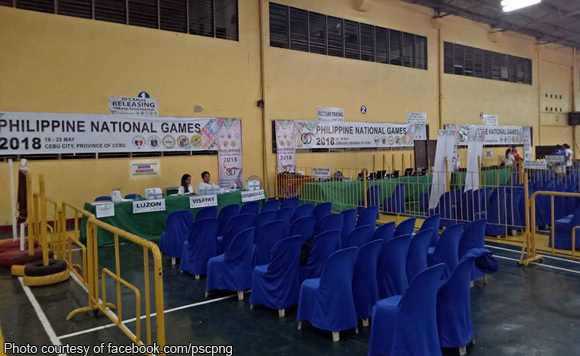 0 639
Share
Want more POLITIKO News? Get the latest newsfeed here. We publish dozens and dozens of politics-only news stories every hour. Click here to get to know more about your politiko - from trivial to crucial. it's our commitment to tell their stories. We follow your favorite POLITIKO like they are rockstars. If you are the politiko, always remember, your side is always our story. Read more. Find out more. Get the latest news here before it spreads on social media. Follow and bookmark this link. https://goo.gl/SvY8Kr

That is how the small contingent represented Albay Province in the recently concluded Philippine National Games held in Cebu City.

“The Albay Team consisted of world-class players which played in only 4 sports categories, namely chess, taekwondo, boxing, and Rugby. Albay brought home a total of 5 gold and 2 silver medals,” the province said.

The national games started on May 19 and ended on May 25.

The Albay chess team, albeit small compared to others, proved to be the strongest lineup in their category after bringing home 4 gold and 1 silver medals.

Meanwhile, in taekwondo, Albayano Karen Cells bagged one gold for her victory in the 49 kg. category.

In rugby, the Albay Vulcans lost to Makati City by one point in their bronze matchup.

“The game will be under protest as the game was marred by a fight instigated by the eventual winners,” said the province.

Gov. Al Francis Bichara has expressed his “full support to the Albay contingent before they left and has previously conveyed his desire to bolster the sports environment in the Province of Albay.”