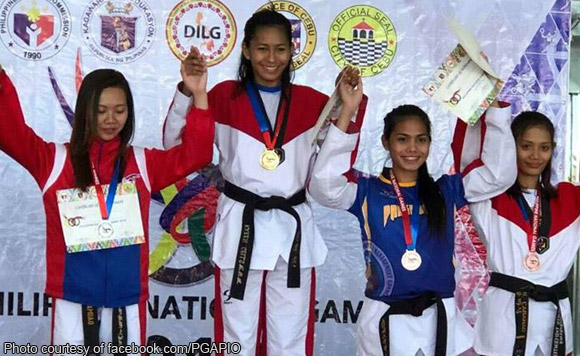 0 722
Share
Want more POLITIKO News? Get the latest newsfeed here. We publish dozens and dozens of politics-only news stories every hour. Click here to get to know more about your politiko - from trivial to crucial. it's our commitment to tell their stories. We follow your favorite POLITIKO like they are rockstars. If you are the politiko, always remember, your side is always our story. Read more. Find out more. Get the latest news here before it spreads on social media. Follow and bookmark this link. https://goo.gl/SvY8Kr

Albay’s small contingent in the Philippine National Games in Cebu City continues to haul gold medals, this time in taekwondo.

Karen Cells, Albay’s representative in the 49 kg. category in taekwondo bagged the second gold medal for the Albay province held at the SM Seaside.

The latest medal brought the total number of Albay’s gold medals to 2 plus 1 silver.

“More gold medal finishes can also be expected as Albay’s world-class chess players lead the Rapid and Blitz competition after 6 rounds of games yesterday. Grand Master John Paul Gomez, who won the gold recently in the standard play tournament, is now leading a 4 way tie on the top with 5 points from four wins and two draws,” the province said.

Albay Governor Al Francis Bichara, who has supported the Albay Team in the national games, is elated with the results and is giving his full support to all Albayano athletes.

Bichara is a well-known sports enthusiast.