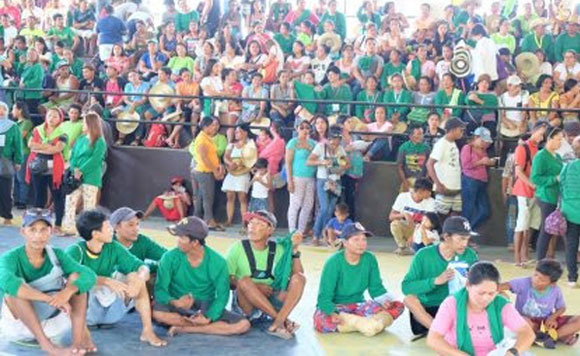 ILOILO CITY — Some 18,000 workers in the formal sector affected by the closure of Boracay island will receive financial support under the Boracay Emergency Employment Program-Adjustment Measures Program (BEEP-AMP) of the Department of Labor and Employment (DOLE).

Labor information officer Niezel Anen T. Sabrido in an interview on Thursday said that BEEP-AMP as a new program has three components to include training, job facilitation and financial support.

For those whose employment is suspended, they will receive 50 percent of the P323.50 minimum wage for six months reckoning 30 days prior the implementation of the closure. They will receive the support monthly.

Individuals whose employers or companies are still operating and have been retained will receive in lump sum 25 percent of the minimum wage covering three months.

As recipients, they have reportorial obligation. They should submit a report during the first and fourth month that they undergo training from any government provided trainings and they are on active job search twice.

“They should give us proof,” she said.

DOLE will release the first tranche of their financial support in June.

Sabrido said that around 5,000 workers were briefed about the program last week. At present, she said that more than 18,000 workers have been profiled in Boracay.

Meantime, she added that DOLE continues to accept applicants for the emergency employment program of the Tulong Panghanapbuhay sa Ating Disadvantaged/Displaced Workers (TUPAD).

Last week, some 1,420 of the 1,744 employed under TUPAD already received their salary with Secretary Silvestre Bello leading the distribution. More or less P5.66 million was released in May 18.

DOLE has committed to provide employment to 5,000 displaced informal sector workers and indigenous people affected by the closure. (PNA)