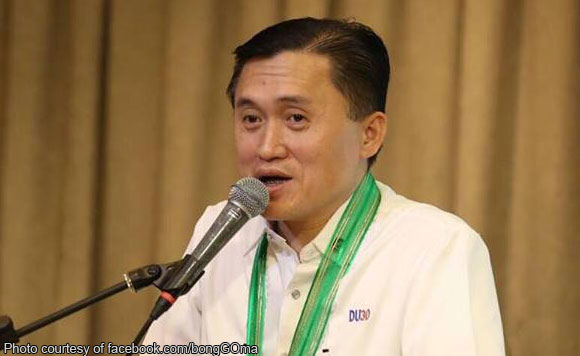 Special Assistant to the President Christopher Lawrence “Bong” Go on Monday took a break from his duties to attend a meeting of councilors in Mandaluyong City.

Go went to the PCL assembly after a meeting in Malacañang, according to an Office of the President staff.

Go gave a speech and was asked about his senatorial plans during the event.