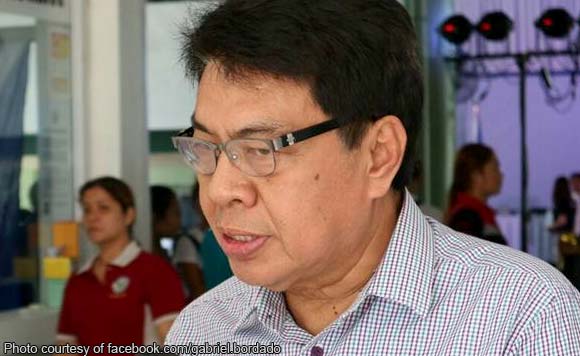 0 557
Share
Want more POLITIKO News? Get the latest newsfeed here. We publish dozens and dozens of politics-only news stories every hour. Click here to get to know more about your politiko - from trivial to crucial. it's our commitment to tell their stories. We follow your favorite POLITIKO like they are rockstars. If you are the politiko, always remember, your side is always our story. Read more. Find out more. Get the latest news here before it spreads on social media. Follow and bookmark this link. https://goo.gl/SvY8Kr

Camarines Sur Rep. Gabriel Bordado, Jr. made sure that his resounding opposition to a bill abolishing the Presidential Commission on Good Government (PCGG) will bee put on record.

The CamSur solon took the floor at the House of Representatives yesterday to clarify that he voted against the bill pushing for the abolition of the PCGG.

The PCGG is the agency tasked to run after the ill-gotten wealth of the Marcoses.

Bordado shared the copy of his manifestation on the floor during the session.

“Madam Speaker, I want to manifest that I was present on the floor yesterday for the voting for approval on 3rd reading of various measures,” said Bordado.

“My vote on HOUSE BILL 7376 might have been inadvertently reflected on the record as YES. Madam Speaker, my vote should have been NO because of MY OPPOSITION TO THE ABOLITION OF THE PRESIDENTIAL COMMISSION ON GOOD GOVERNMENT (PCGG) which the said bill is proposing,” he said.

Under the said bill, authored by House Speaker Pantaleon Alvarez, the powers of the PCGG will be absorbed by the Office of the Solicitor General.

The bill also seeks to abolish the Office of the Government Corporate Counsel.