Para sa bayan! VP Robredo says the fight for what is right will continue 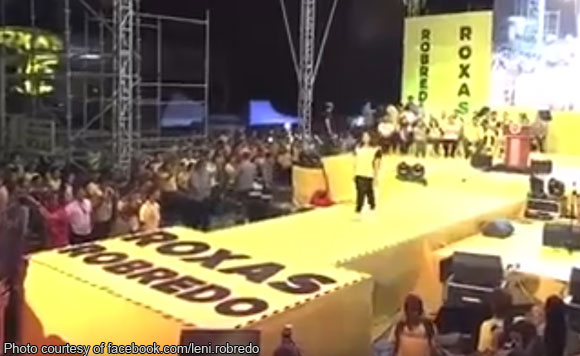 With the Supreme Court compromised, if not disgraced, in the eyes of legal experts and other public officials, what is next for the country?

Robredo is one of the many who slammed the Supreme Court’s decision to unseat Maria Lourdes Sereno as chief justice by granting a quo warranto petition, which many criticized as a circumvention of the constitutional provision that that justices could only be removed through impeachment.

In a Facebook post, Robredo shared a video of her youngest daughter Jillian singing a song that spoke of fighting for what is right up to the end, no matter the challenges along the way.

The Vice President recalled that Jillian sang the song when stakes were high during the 2016 elections. She also sang it in Naga when her late father Jesse’s position was at stake.

Robredo once more brought out the song because stakes are even higher now, she said.

It’s not about one person anymore, it’s the country’s future at stake!

Jillian sang this during the Miting de Avance when I was running for VP and the stakes were high. She also sang this in Naga when Jesse’s position was at stake.

Thought of this song now and how the lyrics are so apt given the circumstances. Now, the stakes are even higher because it’s not just the fight of a particular person anymore. It is the fight of the entire nation struggling for survival,” she said.

There’s still a lesson to be learned from the debate serye,…