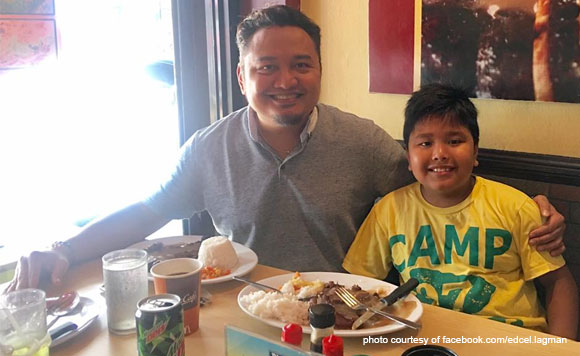 Injustice has reigned supreme, and former Albay Rep. Grex Lagman is finding it hard to accept. Lagman, a lawyer, cannot believe that the impossible has happened. The Supreme Court justices have circumvented the impeachment process and ousted Maria Lourdes Sereno as Chief Justice through a quo warranto petition.

The justices have forgotten the law, he said, but the people would not forget what “culpable violation of the constitution” means, he added.

It’s a mad world, he lamented. But he is coping with this dizzying turn of events by digging into a think, juicy steak.

Comfort food for the win!

“Politics has truly entered the realm of the possible.

It’s a Mad World. 😂 Dadaanin ko na lang ‘to sa kain! Thanks Diego for keeping your old man company in one of the saddest days in our country’s history.