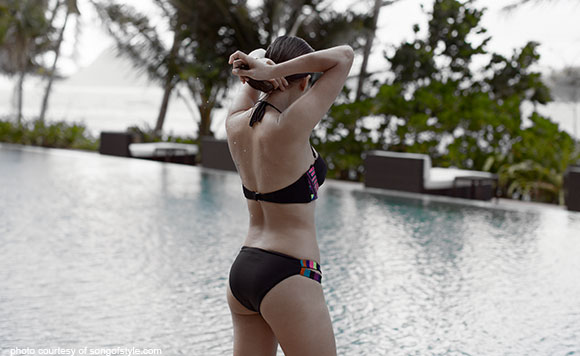 Governor Jose Alvarez will sign into law the ordinance seeking to ban the wearing of skimpy bathing attires in inappropriate public places.

He was reacting Thursday to questions posted by the media over Board Member Cherry Pie Acosta’s proposed ordinance to ban foreign and domestic tourists alike from wearing very revealing swimming garments in full view of the public near or in churches and schools, and other related areas.

Alvarez said he does not find anything wrong if tourists wear thongs, T-backs, and G-strings as long as they were in the beach or resorts with swimming amenities.

“If the ordinance is approved and reaches my table, I will sign it,” he said.

He said it would be awkward if a person walked in front of the church or the schools wearing scanty swimming attires.

“I don’t really see any problem if they wear T-backs, but don’t go near the church, don’t go near schools because there are children there. That won’t be good,” he said.

As long as there is an exemption, he said the proposed ordinance will get his support.

Early in the week, Acosta had filed in the Sangguniang Panlalawigan her proposed ordinance that seeks to fine violators with P1,000 to P3,000.

Barangays are expected to place signages or posters in tourist arrival areas regarding it, such as bus terminals, seaports, and airports.

Resort owners and accommodations will also be informed to help in the dissemination of the information.

Acosta said 30 percent of the fines that would be collected would go to the tipster or informant who would provide details of the violation of the law. The balance will be deposited into a trust fund for barangay or municipal environmental management programs. (PNA)